The name TeloMind™ stands for "Telomeres" and "Mind". We are often asked why we chose this name, when we first created TeloMind in 2016?

Your telomeres are sections of DNA found at the end of each of your chromosomes. These are like little caps which serve to protect you. They are often compared to the plastic protective tips in shoelaces that protect a shoelace from unravelling. In this same way, telomeres play an important role in protecting the DNA and keeping it stable.

During your lifetime, your telomeres get shorter and shorter and this is the basic reason why you age.

With every cell division, a small part of your telomeres is not copied and this causes them to gradually shrink. Shorter telomeres cause your DNA to become unstable and then you are prone to disease.

The second part of our name represents the difference TeloMind™ makes to your mind, through managing the stress hormone cortisol. This enables you to benefit from positive mood, deep restful sleep, focus and concentration.

In fact, TeloMind, AminoBoosters, and AminoSerene all impact telomere length because they all influence rejuvenation, due to the full clinical therapeutic dose in every serving of these three extraordinary formulas.

International speaker and coach Barbie Layton, age 48 from California, saw her telomere age change from 84 to 53 in just 12 months when using AminoBoosters, despite having a chronic incurable disease.

Our three YTE® formulas are

AminoBoosters and TeloMind have similar formulas, with TeloMind also containing the important herb Rhodiola rosea, which has traditional usage as an anti-fatigue agent, an adaptogen, and to improve cognitive functioning. Rhodiola rosea is also potentially highly neuroprotective against toxins. In the brain, Rhodiola rosea appears to be highly serotonergic (increases serotonin) and reduces corticosteroids. Rhodiola may also promote longevity, with preliminary evidence suggesting up to a 20% increase in lifespan.

For additional information, here's the TeloMind Substantiation Document, provided by our independent Dietary Supplement Experts as part of our due diligence during the formulation preparation process. For your convenience, the telomere information is highlighted: 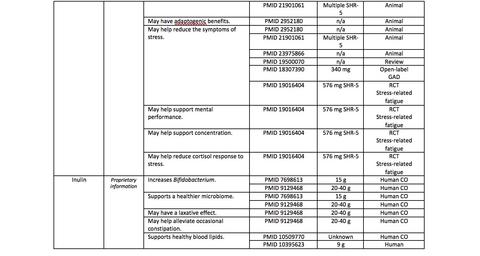 Of course, there are many research papers and reports regarding how chronic stress shortens telomeres.

Clinical evidence demonstrates how YTE® in particular, additionally supported by other ingredients in our formulas, modulates cortisol, the "stress hormone", positively impacting the reduction of chronic stress, and positively affecting telomeres.

As reported in the American Institute of Stress:

All the cells in our body contain tiny clocks called telomeres that can determine how long they will live. Telomeres are little caps at the end of chromosomes that prevent loss or injury to genetic information during cell division. Each time a cell divides, part of the telomere is lost and it becomes shorter. When a telomere eventually disappears because of repeated cell divisions, chromosomal damage prevents the cell from accurately reproducing itself. This shortening and eventual erosion of telomeres are prevented or reduced by telomerase, an enzyme in cells that preserves their length. Many believe that telomere destruction and reconstruction is related to the balance between aging and cancer and explains why cancer is more common in the elderly.

In the illustration to the left, chromosomes are stained blue and the protective telomere caps at their ends are stained yellow. Cells with long telomeres live longer. Short telomeres have been linked to a wide range of human diseases, including coronary heart disease, osteoporosis, and HIV infection. Shortening of telomeres is prevented or reduced by telomerase, which has been shown to keep immune cells young by preserving their length and ability to continue to divide and reproduce accurate replicas.

UCLA researchers recently confirmed prior reports that people subjected to chronic stress tended to have shorter telomeres. They have now uncovered a mechanism that explains how stress causes telomere shortening, hence the well-known links between stress and heart disease, as well as accelerated aging. Cells with long telomeres live longer. Short telomeres have been linked to a wide range of human diseases, including coronary heart disease, osteoporosis, and HIV infection. Shortening of telomeres is prevented or reduced by telomerase, which has been shown to keep immune cells young by preserving their length and ability to continue to divide and reproduce accurate replicas.

Chronic stress results in increased secretion of cortisol that causes a rise in blood sugar and blood pressure and reduces inflammation and immune system resistance to infection. However, this new study shows that cortisol also suppresses telomerase activation in immune system cells so that telomeres are no longer protected during cell division and become progressively shorter. This leads to early cell aging and distorted replicas of the original cell that could lead to cancer and other diseases. As the lead author noted in an interview, “We are testing therapeutic ways of enhancing telomerase levels to help the immune system ward off cortisol’s effect. If we’re successful, one day a pill may exist to strengthen the immune system’s ability to weather chronic emotional stress.”"

This study was approved by the UCLA Institutional Review Board:

Link to the Science pages:

Place your order now and see the difference it can make, either ordering one of our stand-alone supplements or the Ultimate Health 30 Day System, here: